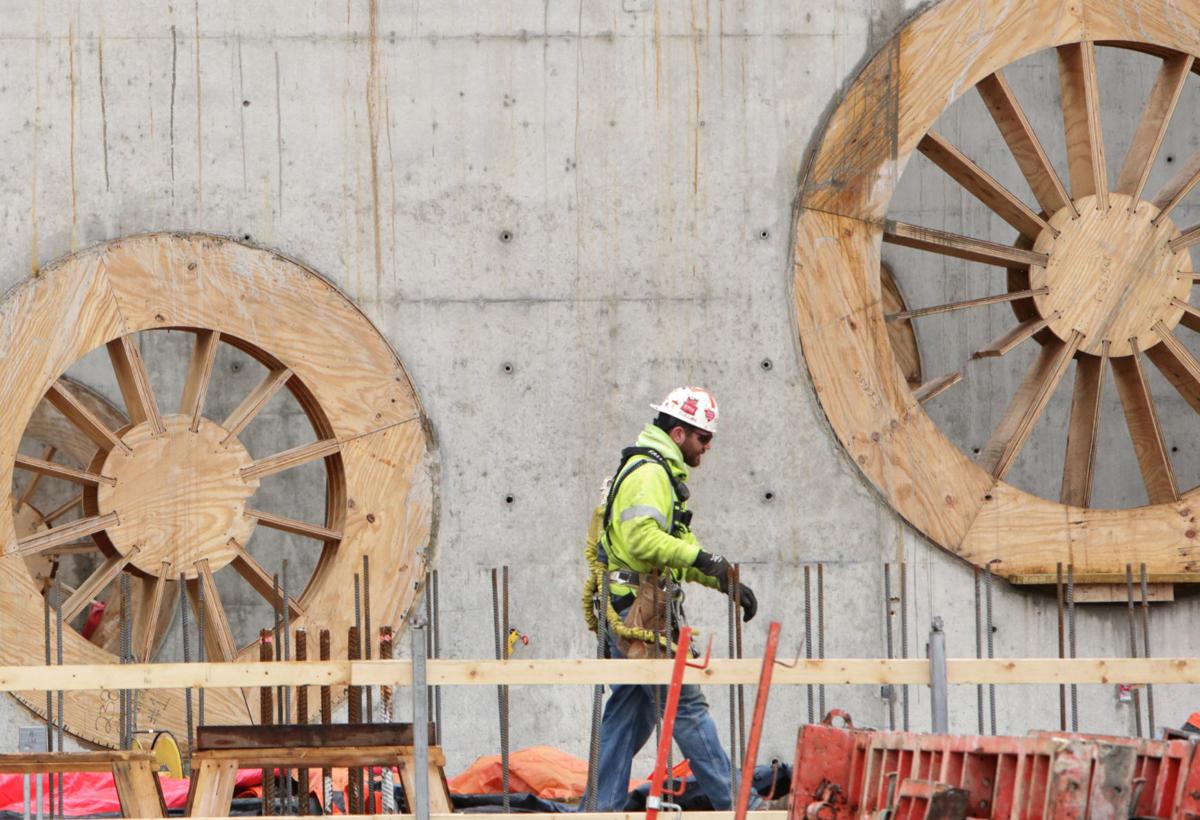 The circular forms built into the concrete structure of UW-Madison’s new music hall weren’t put there as windows or for aesthetics.

And although concert-goers at UW-Madison’s new Hamel Music Center won’t be able to gaze out of them when the building is complete, they will still notice the shapes inside the hall.

The circles — which won’t be visible from the outside after construction — are part of the concert hall’s acoustic system that will help ensure large concerts, ensembles, recitals, other performances and lectures sound great when the building is completed in early 2019. The building will include three main venues: the concert hall, a recital hall and rehearsal space.

The acoustic system and concrete double-walls and roof will also keep traffic and campus noise outside so they don’t affect the sound quality inside.

“The acoustical considerations for all three of those spaces makes for very complicated architecture and mechanics,” said Peter Heaslett, UW-Madison’s project manager. “Just to keep the outside noise out makes it complicated.”

With concrete structures and the exterior of the building rising, it is now about 30 percent complete. It sits on the corner of University Avenue and North Lake Street, next to UW-Madison’s Chazen Museum of Art.

The $55.8 million project is being funded by donors and is the culmination of years of planning, delays, fundraising and a court fight over the location of the building.

When finished, the building will be home to UW-Madison’s music program, the Mead Witter School of Music. The concert hall will seat 670 people, with room for 315 in the rehearsal space that can also be used for events and receptions.

Susan Cook, the music school’s director, said the halls are “designed to handle a wide range of musical performances — from intimate solo and duo recitals, to brass and percussion ensembles, and to groups of 100 or more musicians and singers.”

The acoustic system can be altered depending on the type of concert or event in the concert hall, which Heaslett called a “box inside of a box.”

Heaslett said the “round windows that aren’t really windows” connect to large, open chambers on each side of the concert hall that will improve the acoustics in the hall.

The circles will eventually be covered by a special sound-enhancing fabric. They will be visible to people in the concert hall but not to outdoor passers-by.

While the Hamel Music Center will host public events, performances, undergraduate recitals and final doctoral recitals, most of the school’s classes and other activities will remain in the Humanities building until a second phase of the project can be completed sometime in the future.

The concert hall will give a “soft opening” in spring 2019, and the acoustics will be tuned throughout the semester so a grand opening event can take place later that fall, Heaslett said.

Heaslett, a UW-Madison employee for more than 20 years, said the project has been one of the most challenging he’s worked on, adding that some observers have asked questions about the building and the purpose of the circular holes.

“It’s been fun and unique,” he said. “There seems to be interest (in) what’s going up at the corner.”